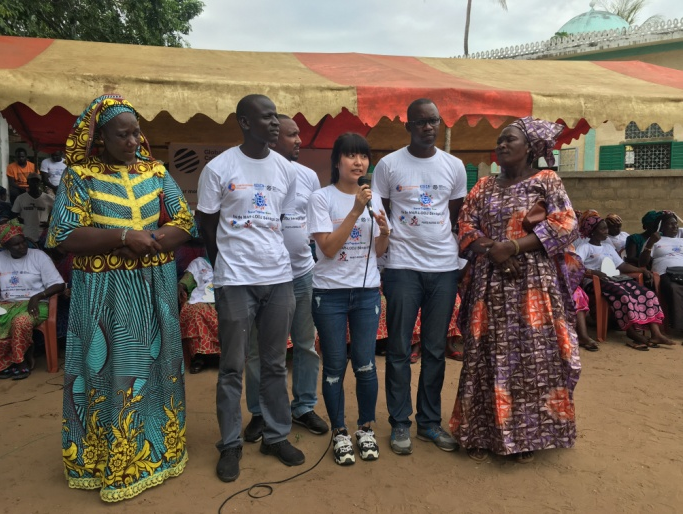 GCAP-Senegal is an umbrella organization that brings together some 30 CSOs, grassroots community associations, trade unions and large segments of civil society, it was created in 2006 after the declaration of the Millennium Development Goals (MDGs). GCAP-Senegal is present in the different regions of the country through its member organizations. In 2015, with the advent of the SDGs and the 2030 Agenda,  GCAP-Senegal in collaboration with the Agenda Post 2015 Action Framework that brings together Twenty also made a significant contribution to the Action 2015 campaign. This synergy has inspired the birth of a broad coalition called POSCO-Agenda 2030 for monitoring the SDGs. In collaboration with the POSCO-Agenda 2030 GCAP has contributed significantly to the preparation of the country report to the HLPF of 2018. The coalition works on development an advocacy, awareness raising and capacity building campaign on the most visible inequalities in Senegal. This will involve concretely developing mobilizations and building strong advocacy to influence and engage decision-makers to achieve political change. The goal is to eradicate poverty by reducing inequalities to translate "Leave No One Behind" into reality. In Senegal civil society is organised as a multi-stakeholder and intersectoral platform, its name is CSO platform on the monitoring of the MDGs. The platform has not yet reported as it has just been created under the aegis of GCAP-Senegal. The role of the GCAP-Senegal coalition is to provide the secretariat and coordination, to stimulate and mobilize the actors and stakeholders who are members of the platform, given its experience and mastery of the issues and questions related to the MDGs. The CSO platform for monitoring the MDGs is a strategic framework for reflection and action to actively contribute to the implementation and monitoring of sustainable development (SD) goals. It is also a framework for consultation, coordination, and synergy for the promotion and defense of human rights and the fight against climate change. This platform represents an opportunity for all civil society, its objective is to federate and stimulate a new dynamic that requires an approach, a course of action, a methodology to be adopted; in short, a protocol that defines our mode of collaboration and intervention. It allows civil society in Senegal to speak with one voice and increase its pressure on policies and decision-makers. The GCAP-Senegal Action Plan for 2018-2019 is dynamic and will be structured around the strategies below, taking into account international dates, African and Senegalese agendas on the SDGs. The context in Senegal: The State of Senegal has developed a new policy reference framework aimed at leading the country on the road to emergence by 2035: the Senegal Emergent Plan (PSE). This programme aims at profound transformations by tackling the root causes of inequalities, which justifies the implementation of the following social policies: Social protection:  Social protection integrates prevention, mitigation, adaptation, promotion and transformation into a broader strategy for economic and social transformation. It refers to mechanisms, interventions or formal and informal initiatives designed to protect individuals, families and communities to better prevent and protect themselves against risks and vulnerabilities, to have access to essential goods and services, to benefit from wealth creation, or to be integrated into a dynamic of self-promotion and development. Social protection in Senegal contributes to the socio-economic empowerment of vulnerable groups by focusing on two areas: enhancing the potential of initiatives or the productive capacities of stakeholders and promoting sustainable and inclusive economic growth. For the Senegalese state, social protection and the fight against poverty highlight several issues. Poverty increases vulnerability, which reinforces poverty. The state of Senegal, thanks to its social policy in favour of vulnerable groups through social safety nets, has recorded convincing results. Social protection has become a reality in Senegal. Tax justice:  Senegal must make significant efforts to have a fair tax system. It has emerged that the Senegalese tax system does not yet meet all the conditions to achieve tax fairness, despite the efforts that are being made to achieve fairer taxation and a fair distribution of public expenditure over the last ten years. Fiscal justice and equity in public spending are key to financing basic social services and providing incentives. Democracy and women's participation:  The consolidation of democratic gains available to Senegal requires support for women and young people in electoral processes. The state of Senegal gains much by opening up other avenues for women's empowerment in local communities so that they can play their full role in the political system. Women recognize the remarkable efforts of the Senegalese government in the fight, notably with the adoption of the law on parity and Senegal's accession to certain international legal instruments, such as the CEDEF Convention on the Elimination of All Forms of Discrimination against Women. Emergency Community Development Programme (PUDC) and Universal Disease Coverage (CMU): Senegal has drawn up an agenda of economic and social transformations needed for "an emerging Senegal in 2035 with a society based on solidarity and the rule of law". This agenda aims to reduce social inequalities by correcting, among other things, disparities in access to basic services. The CMU is also in line with this logic with its mission to ensure the implementation of the national strategy for the development of universal disease coverage, to enhance and strengthen traditional systems of solidarity and social and health protection. The CMU has developed a policy of free anointing for children aged 0 to 5 and the elderly. Thematic focus