We will analyse the HLPF and the national reviews in the coming weeks. I am reporting on my impressions:

It’s obvious that the HLPF needs to improve in order to become meaningful. There was a lot of talk without clear directions – not to mention accountability. Only a few questions were asked to the 22 reporting countries and there was no real analysis of the problems and obstacles.

The countries tried to show how well they do. Substantial issues as over consumption were mentioned but no serious policies were presented – this seems particulalry striking considering that rich countries need to reduce there consumption of resources by 80%.

Similarly inequality within and between countries (SDG 10) was hardly covered. “Leave No One Behind” the official slogan of the HLPF this year became a buzzword. There is a real danger that this crucial and the principle which is based on a human rights based aproach becomes meaningless.

The dissatisfaction about the HLPF and the reports was not only confined to civil society, colleagues working in the UN and members of national delegations also expressed their dissatisfacito.

GCAP signed the attached letter to the president of the ECOSOC with proposals for improvements. It was sent to the UN missions by email on Wednesday and in the final session of the HLPF we distributed the printed letter. This enabled me to distibute it to delegations from about 40 countries. You can view the letter and all signatories here.

This was the first time that national reviews were made. We need to regard this as a learning experience and use this expereince in the future. Importantly we could also learn from the positive examples e.g. Norway, Finland and Germany included representatives of civil society in the presentation of the reports in the HLPF. Switzerland did technically as well. But the person represented the Suisse banks!!! That’s funny as they are responsible for the biggest problems… Which was very symptomatic for the HLPF in general.

Some countries from the Global South submitted quite interesting reports. It is evident and it was visible that serious thinking about he achievement of the SDGs is happening. As Action for Sustainable Development we analysed the processes of 13 of the 22 countries and wrote a study. You find the key recommendations by clickin on the image below:

There were a number of repetitive and less meaningful contributions in the official HLPF sessions, but a number of interesting side events of governments and civil society tool also place. As GCAP we were involved in three.

One was on Dalit women a group not included in the Agenda 2030. The second was on Socially Excluded Groups and Leave no one Behind. GCAP Japan organised a side event together with the Korean civil society on the processes in their countries. We had one internal GCAP coordination meeting and many informal talks. As GCAP we also organised the civil society meetings the last weekend together with colleagues under the umbrella of Action for Sustainable Development. One part of the meeting was with the NGO Major Group. We have to see how to engage with the Major Groups and other Stakeholders in the UN in future. For example I met a representative of the new Stakeholder Group on Ageing yesterday. A very interesting group. And finally we had the successful launch of Action for Sustainable Development e.g. with Helen Clark, Head of UNDP. Beckie Malay, GCAP Philippines and member of the Global Council, spoke for GCAP. 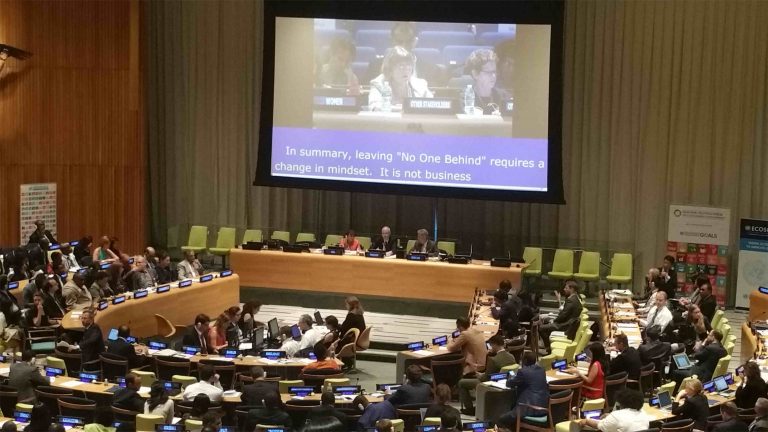 For me it is clear that civil society needs to be stronger in future – better prepared and more united – if we want to influence the process. Let’s discuss this together. As GCAP we have our responsibility to achieve this.

I am looking forward to exchange ideas with other of how to achieve this!