30 GCAP National Coalitions participated in the launch of action/2015 (in addition to GCAP Europe, the Global Secretariat and Council, the Feminist Task Force and the Socially Excluded Task Force of GCAP) – on the streets and on social media.

THANK YOU for making the 15 January launch of action/2015 a huge success! If your experience is anything like ours, your inbox has been overflowing with updates from across the world. In this newsletter, we’d like to share with you a brief overview. Let’s start with a few statistics:

Of course, numbers only go so far. What’s really impressive is the passion and energy of people like you who are campaigning tirelessly to end poverty, inequalities and dangerous climate change. 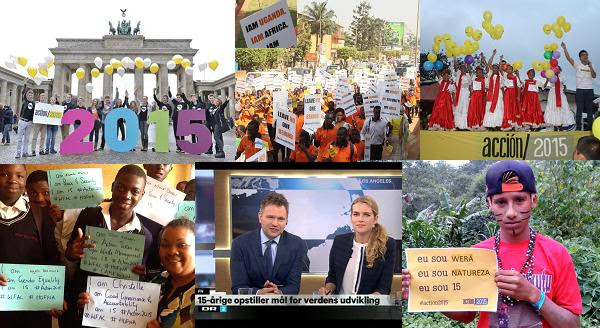