2019 has been a tumultuous year where we and civil society globally have been fighting for survival and justice – especially together with the most marginalized people and most affected communities. Despite the state of affairs, unprecedented movements have risen up – especially the youth climate movement and women’s movements globally. People have been rising to end inequalities in many countries – women have been demanding representation and justice, young people globally have been taking to the streets for their futures and the climate, indigenous peoples have been decrying the destruction of the Amazon and their existence, and citizens everywhere have been fighting back against totalitarian and authoritarian governments.

In December I was at the COP25 where I represented both GCAP and the Pan African Climate Justice Alliance (PACJA). CSOs were disappointed by Global North not coming through on commitments and funding. African civil society was quite disappointed by the failure to deliver ambitious decisions that reflect the special circumstances and needs of Africa and that are commensurate with the unfolding climate emergency.

Climate change is here – Africans and many others in the Global South are most effected by the consequences of policies in the Global North. In my native Kenya we’ve had terrible landslides due to extreme weather, killing many and affecting thousands. Yet there were no firm commitments to deep emission cuts from industrialized countries that reflect the scale and urgency of the unfolding climate crisis. Read more here on my and civil society’s analysis of the COP25.

In 2019, GCAP has been very active and on the forefront of these movements to create systemic change and ensure no one is left behind. We co-created the #StandTogetherNow movement and in September, in parallel to the UN SDG Summit we organized the first People’s Assembly at the UN General Assembly that brought together 300 representatives from civil society across to global around the themes civic space, inequalities and climate & environmental justice. This impressive gathering created a space to amplify marginalized voices and demands at the highest levels of decision making. Throughout the year, we supported Climate Strikes and marched and worked together with Fridays for Future to highlight that we are in a climate emergency. 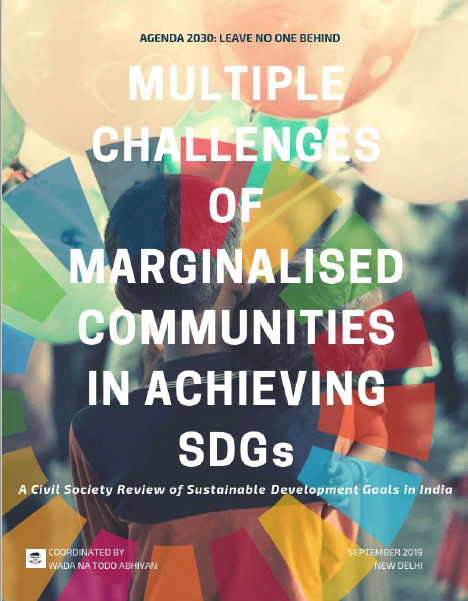 Behind at the regional forums in Addis Ababa, Bangkok and Geneva. GCAP also co-organized a side event on women climate change activists at the Beijing+25 forum in Bangkok. Via the Faces of Inequality campaign, on continent after continent, GCAP national coalitions campaigned for, advocated and raised awareness on inequalities and on SDG 10 and the surprising and broad amount of inequalities across Europe. For example WNTA, GCAP India, highlighted the multiple challenges of marginalized communities in achieving the SDGs.

We are very much looking forward to building on and strengthening this work in 2020!