Dear Colleagues,
Congratulations for such a fantastic Global Day of Action on 25 September!!! See the pictures here, on the GCAP Facebook page and twitter account and on act4sdgs.org.

With the Act4SDGs campaign we mobilized 914 actions in 110 countries around the world!
You have made this possible. With this Global Day of Action, we have shown that again GCAP and partners have the strength to mobilize.

At the UN Headquarters in New York could hear and feel us – that we the people are demanding a much faster implementation of the Agenda 2030 and the transformation so urgently needed for people and the planet. Governments heard us too – there are already concrete results of governments in Senegal and Spain reacting on the mobilization.

Here is also the GCAP global media statement for 25 September, available in:

As a result, IPS News published this article: Thousands Rally to Mark Second Anniversary of UN´s SDGs. 25 September 2017 was a great start. 25 September 2018 will be stronger. We are working on the campaign against inequalities with the national coalitions of GCAP and on the SDGs with Action for Sustainable Development and in cooperation with the UN SDG Action Campaign.
Thank you very much for your great work! 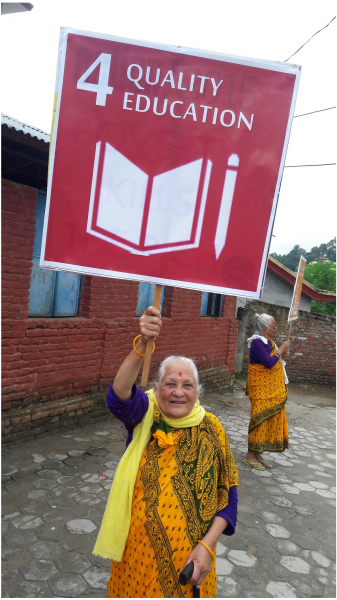 This newsletter is also available in here in Spanish.