On March 4, 2018, the Regional Agreement on Access to Information, Public Participation and Access to Justice in Environmental Matters in Latin America and the Caribbean (« Escazú Agreement ») was adopted in Escazú, Costa Rica, concluding six years of preparations and negotiations. The Escazú Agreement is considered one of the most important human rights and environmental instruments of the last twenty years, since the adoption of the Aarhus Convention. The Escazú Agreement is the first regional environmental treaty in Latin America and the Caribbean, the only one derived from the United Nations Conference on Sustainable Development (Rio+20) and the first in the world to establish specific provisions for the promotion, protection and defense of human rights defenders in environmental matters.

Its objective is to guarantee the full and effective implementation in Latin America and the Caribbean of the rights of access to environmental information, public participation in environmental decision-making and access to justice in environmental matters, as well as the creation and strengthening of capacities and cooperation. As the Agreement itself indicates, its ultimate purpose is closely linked to ensuring the right of all people of present and future generations to live in a healthy environment and to sustainable development.

The Escazú Agreement emphasizes the links between human rights and environmental protection. The rights developed in the treaty not only contribute significantly to environmental care, but are also essential to protect other fundamental rights such as the right to life or health. In this sense, the Escazú Agreement puts into practice Principle 10 of the Rio Declaration on Environment and Development, offering an unprecedented platform to strengthen the capacities of States and their cooperation for the protection and conservation of the environment and the full enjoyment of human rights.

In addition, the Escazú Agreement is fundamental to the implementation of the 2030 Agenda on Sustainable Development, particularly SDG 16 on peaceful and inclusive societies. In this regard, it seeks to ensure equal access to justice, effective, accountable and transparent institutions, and inclusive, participatory and representative decision-making. It also supports the implementation of Multilateral Environmental Agreements such as the Paris Agreement.

Most importantly, the Escazú Agreement responds to the particularities, strengths and challenges of Latin America and the Caribbean. As the most unequal region on the planet, the Agreement focuses on eliminating barriers to the exercise of rights, especially for people and groups in vulnerable situations, aspiring to leave no one behind. In addition, considering the worrying situation of human rights defenders in environmental issues in Latin America and the Caribbean, the Escazú Agreement incorporates specific provisions to guarantee a safe and enabling environment for individuals, groups and organizations that promote and defend the environment.

Open for accession by the 33 countries of Latin America and the Caribbean. So far, the Escazú Agreement has been signed by 24 Latin American and Caribbean countries and ratified by 13 of them. The latter are: Antigua and Barbuda, Argentina, Bolivia, Ecuador, Guyana, Mexico, Nicaragua, Panama, Saint Vincent and the Grenadines, Saint Kitts and Nevis, Saint Lucia, Uruguay and finally Chile.

The workshop on the Regional Agreement on Access to Information, Public Participation and Access to Justice in Environmental Matters in Latin America and the Caribbean, better known as the Escazu Agreement, is aimed at GCAP-LAC members, this workshop will be conducted virtually and will last approximately one hour and thirty minutes.

In this sense, GCAP-LAC members will be able to share and generate a space for dialogue to establish the necessary conditions to strengthen their capacities in terms of the Escazú Agreement. In this sense, we will seek to discuss how the context of the Escazú Agreement, its importance for the Latin American region and the role that national institutions and civil society play in this context. 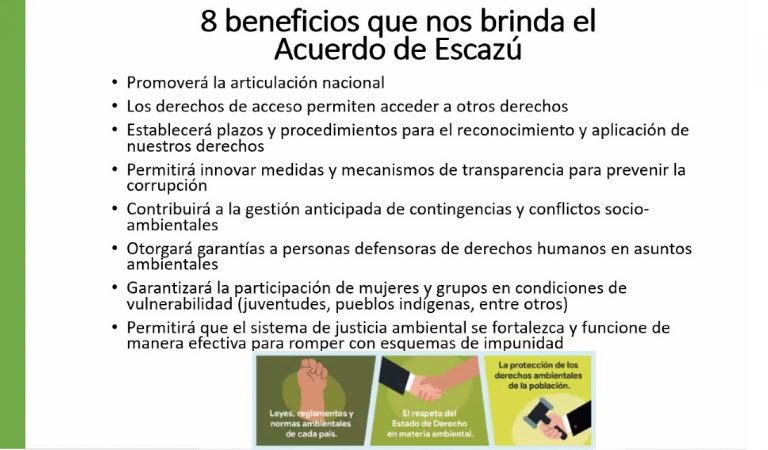 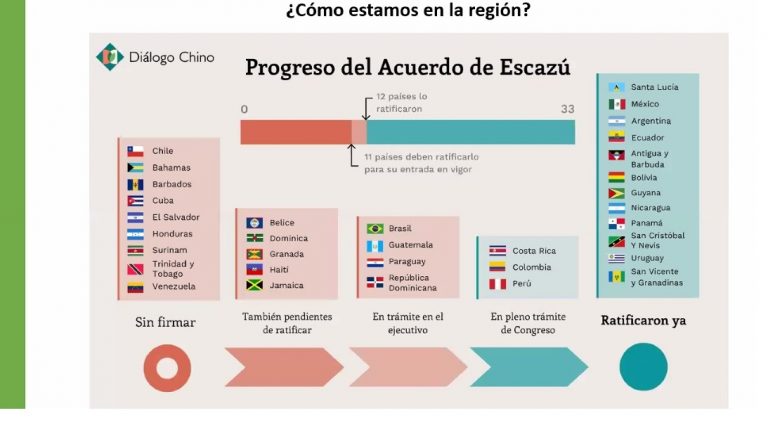 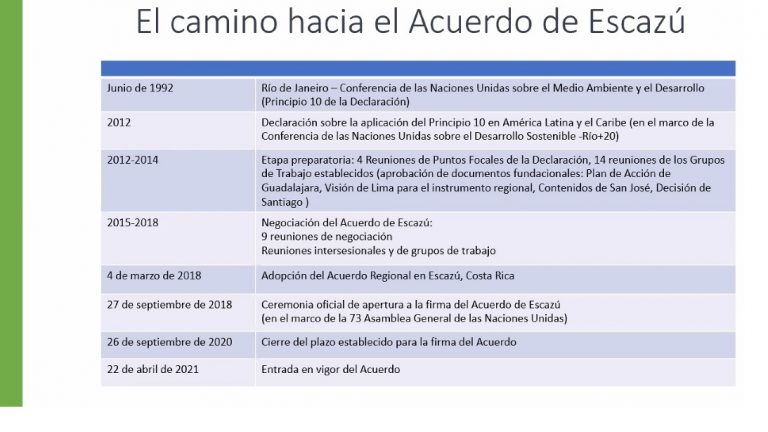