The coalition is a social movement, a space of articulation that works creating possibilities and opportunities for the promotion of intergenerational and intercultural work alliances with an internationalist projection. It is made up of a diversity of actors and sectors representing groups and populations that have been historically and systematically excluded from local, national, regional and global public decisions and discussions. The main purpose of the Movement is to raise and amplify the voices of groups living in conditions of exclusion, vulnerability and impoverishment, highlighting and strengthening their capacities for proposals and solutions, which they are already implementing through their own organizational efforts and providing responses to the challenges they face in their community and territorial struggles. As part of the articulation that drives the movement, links of joint and collaborative work are maintained with academic institutions (the University of El Salvador, the only public university in the country), research centers, civil society networks, community and territorial networks and all these articulations are aimed at education and awareness of citizens and various sectors of society of the various issues that impact on the quality of life of people and the tasks of caring for life and nature, with particular attention to soils, water and oceans. We work intentionally for advocacy and advocacy through self-managed open dialogue spaces with the State and Government administrations, the United Nations System and other national, regional and international integration organizations. The "Faces of Inequalities" campaign is run by social movements, community and territorial networks, grassroots actors and territorial references with whom evidence will be raised of the conditions and impacts of the inequities, impoverishment, vulnerabilities and exclusion they have lived and are living. The testimonies and oral history of their traditional and ancestral knowledge and practices will be documented in the form of multimedia (audios, photographs and videos), as well as the initiatives they promote from their own forms of organization to provide answers to the challenges and situations they face. We are prioritizing places and territories where organizations have greater territorial roots and those areas where, due to conditions of remoteness and exclusion, greater accompaniment to the process of territorial organization is necessary, taking into account the articulation of groups and movements of youth, indigenous peoples, women and older adults, to promote intergenerational and intercultural work alliances from grassroots organizations with a regional and international projection. Implementation is flexible, taking into account the particular characteristics of the social movements participating in the initiatives. The eastern coastal zone of the country is one of the areas to be prioritized and where 3 peoples have been made invisible and excluded from public policies for their full development. We will work with the Ulúas, Lencas and Nonualcos peoples of the coastal-marine strip of El Salvador. In addition, work will also be carried out with the peoples, communities and territories of the western part of the country, the central and paracentral areas and the four geographical areas of El Salvador. The campaign will identify elements of analysis, reflections and key political messages from the territorial actors, which will become their political stakes and proposals to raise and amplify their voices and bring them forcefully to the decision-making spaces, through the spaces for dialogue and concerted follow-up with the public institutions with mandates in the situations identified and prioritized by the grassroots actors and the communities. The work carried out to document these political messages, the evidence of the impacts and the proposals for solutions are the support and inputs for the creation of education and awareness, advocacy and advocacy tools with which we will work together to strengthen their organizational capacities and systematize their policy proposals, which also seek to influence the plans, programmes, strategies and impact indicators of the implementation of Agenda 2030 and the ODS, as well as the effectiveness of public policies at both local and national levels. The coalition will continue to hold open dialogues with regional institutions such as the Central American Integration System (SICA), the Central American Parliament (PARLACEN), the Community of Latin American and Caribbean States (CELAC), the Organization of American States (OAS) and the Organization of Ibero-American States (OAS). Thematic focus 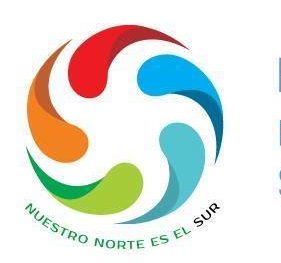