Our experience at #popcamp2021 started today, September 24. We are in Milan, the center of Europe and the capital of fashion, where just this morning the FRIDAY FOR FUTURE event took place. The frenetic urban vitality of these days is contrasted as a background to our primary objective: to increase and make our own, among young people, education and sensitivity to the climate crisis and its consequences. The phenomena of environmental changes on our planet and the resulting migration flows can no longer be considered as marginal topics to be ignored or addressed with simple greenwash and ideologies not in step with the times. We are here today, for the present and the future of all. 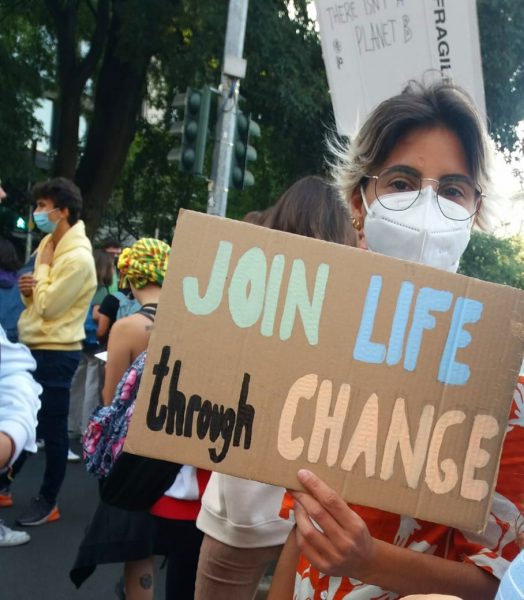 Second day of our experience at #popcopcamp2021 #Milan.

The morning started with two workshops on the theme «Migration narration». The guest of the event was Nello Scavo, journalist of #Avvenire, who introduced the very hot topical issue of narration about the migration phenomenon.

Actions pass through words but, if the latter reduce the complexity of the category «man/woman-migrant» to sterile clichés, we may run the risk of not diversifying perspectives.

From the word #fear one arrives at distrust and from distrust, the step shortens towards an erroneous justification of an external scapegoat, which often coincides with migrants. The «diversification» of journliastic and political narration is therefore a necessary step towards a new #understanding of the phenomenon.

Afterwards there was a workshop, carried out by the boys of the Pop Camp who, with social posts created ad hoc, have simulated the publication of posts and denunciation.

In the afternoon we had the opportunity to ask some direct questions to the Euro MP Pierfrancesco Maiorino, who discussed with us the hottest issues that are the subject of our experience here at Pop Cop Camp.

We heard the experiences of Father Mattia Ferrari, who has followed the NGOs operating in search&rescue in the Mediterranean, embarking on the «Mare Jonio» ship for Mediterranean Saving Humans.

We listened to the voices of the volunteers working on the Balkan route, crossed by migrants coming partly from the Middle East, partly from the countries of former Yugoslavia, where social clashes that have been going on for years are still raging. The stories, the faces, the tales of those who have suffered torture, abuse, inhuman treatment, the cancellation of their rights. People abandoned at sea, forgotten in prison camps for refugees, chased at the border from Croatia and left to die in the woods of our own Europe.

Today we have turned on a small light in the immense shadows of European migration policy, which leaves in the hands of volunteers the suffering and salvation of these people forgotten by the world.

«The third day of our experience at #popcopcamp2021 #Milan started with an overview of European and national reception models and systems – speech by Livio Neri – and of the activities of the #IOACCOLGO campaign. Cristina Ripamonti, from Caritas Ambrosiana, told us about the humanitarian corridors from Africa to Italy, which have many difficulties – especially administrative ones – and which also involve some universities in our territories.

The second part of the morning saw us participating in the testimonies on the virtuous models of #reception and #integration of refugees in non-European territories and host communities. Lucia Funicelli, from #ASCS, shared with us the virtuous examples of the volunteers of the desk for the psychological help to migrant women, also through the voice of those directly involved: women and men who arrived in Italy many years ago, thanks to the humanitarian corridors, and who now participate as volunteers to ensure a #multilevel, safe and effective reception.

In the afternoon we visited the Muslim religious center in Via Padova in Milan, where we met Dr. Benaissa Bounegab, who shared with us the strong sense of dialogue and integration that he has been transmitting for forty years to the people close to him, to the community of this terrotory, in the suburbs of the city, often target of hatred, discrimination and isolation.

Dialogue, respect, interculturality. Today we have rediscovered and embraced the key words of our future» 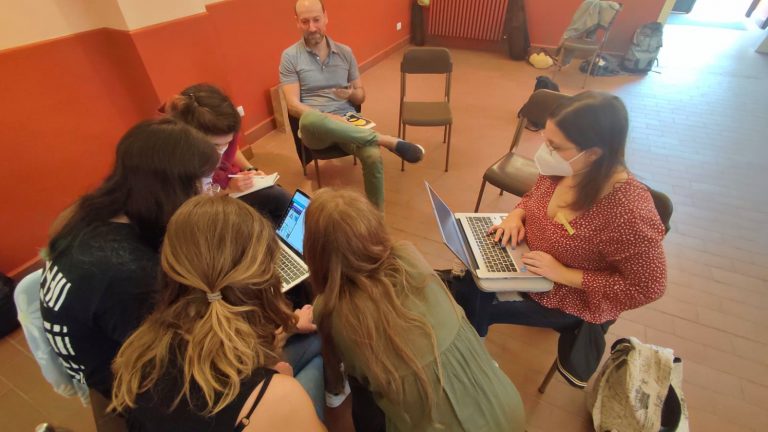 In the afternoon, Prof. Maurizio AMBROSINI, University of Milan, spoke about the relationship between migrants and precariety in the Italian labour market; Maurizio

Bove, CISL, on the virtuous paths for economic and social inclusion in the labour market, and the critical points of the national system concerning the entry of migrants into this world; the testimony of Don Colmegna of Casa della Carità, on the #EroStraniero campaign.

The training day ended with Silvia MERLER, from the Algebris association, debatong on the theme of #finance as a tool to contribute to sustainable development and social inclusion.

Closing the day  we went in the municipality of Baranzate: a multicultural reality in which the coexistence between individuals is crossed by many contrasts, mainly due to social and economic hardships, to see the activities of the volunteers of the association «La Rotonda» who, between art and assistance, manage to generate a hope of rebirth even in the most isolated realities. 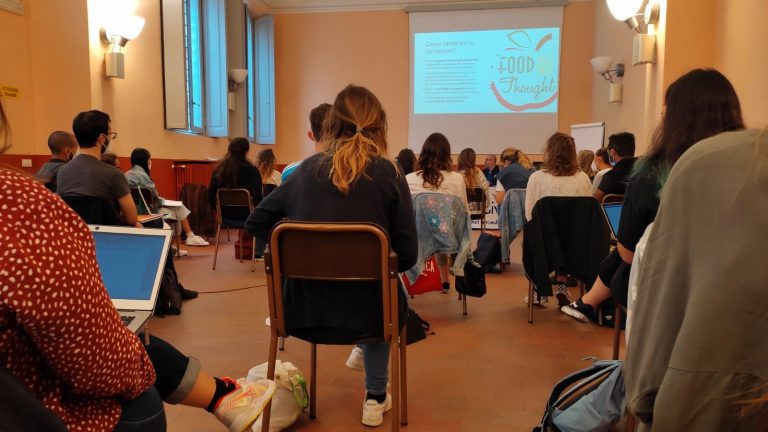