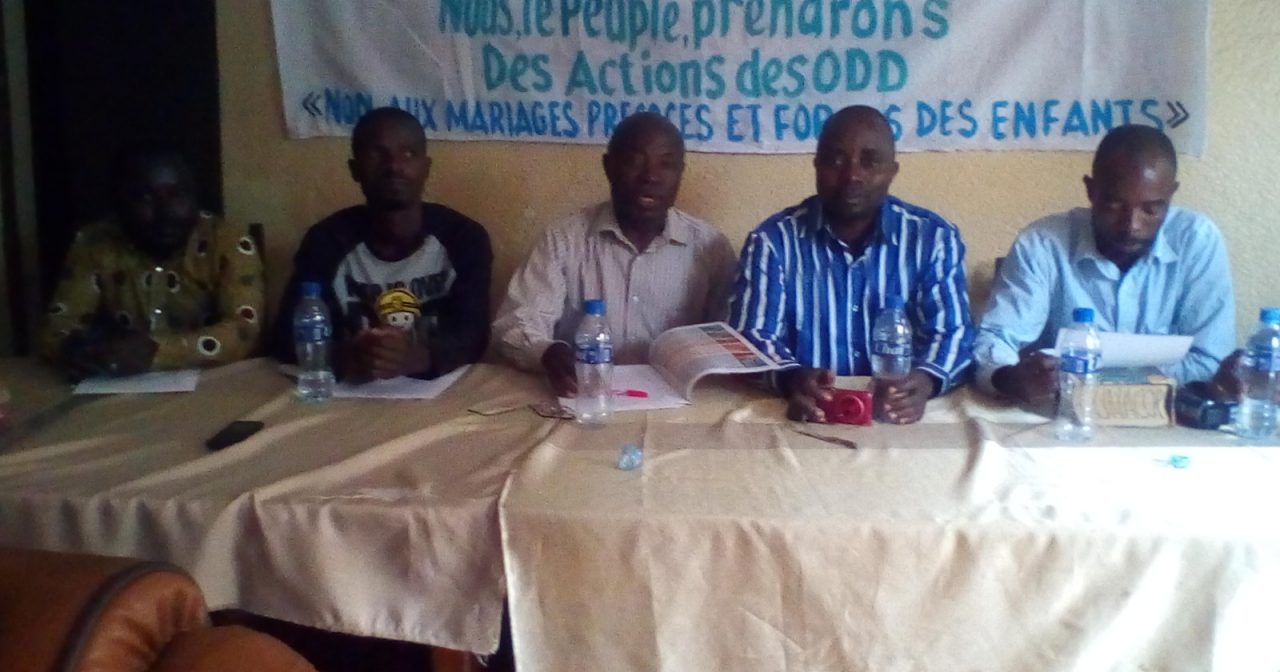 Founded in 2005 in the Democratic Republic of Congo, LUNACOP aims to create a more just society in which the rights of children and young people are fully respected. It works through community sensitization, advocacy, capacity-building and socio-economic support to reach its objectives. In its 2017-2019 Plan, LUNACOP focuses its activities on inequalities related to Early and Forced Child Marriages in the South Kivu Province. Marginalized girls are involved at all stages of the campaign. The lessons from the project are shared with universities, politicians, civil society actors, religious denominations and other stakeholders to make them aware of the scale of the problem and to solicit their support in the fight against the marginalization of young girls. Activities on Inequalities  A mobilisation campaign was conducted on 23 and 24 September 2015 through the media, Civil Society Organizations, schools and churches of the city of Bukavu and its surroundings - followed by a video projection. Activities on SDGs  On 25 September 2017 in Bukavu, LUNACOP / DR Congo organized a press briefing with media groups from Bukavu (Maendeleo Radio, Vision Shala TV, RTNC: Congolese National Radio Television, Radio Okapi and Mama Radio). National Coordinator, Mr Masimango Koshet, explained the context of the transition from the MDGs to the SDGs in September 2015 and that the two years of existence of these SDGs are enough to hold Congolese decision-makers accountable. Since the SDGs are everyone's business, media professionals are professionally responsible for making it known to the public and pushing it to action. Groups primarily involved in activities:  ​a. Women and girls b. Elderly people c. Youth groups d. Faith-Based Organisations

Kamulewa Masimango Koshet
We use cookies! By using this website without changing your settings, you consent to our use of cookies. Choose your preference or click “more” to personalise your settings.
ACCEPTREJECTMore ...
Manage consent