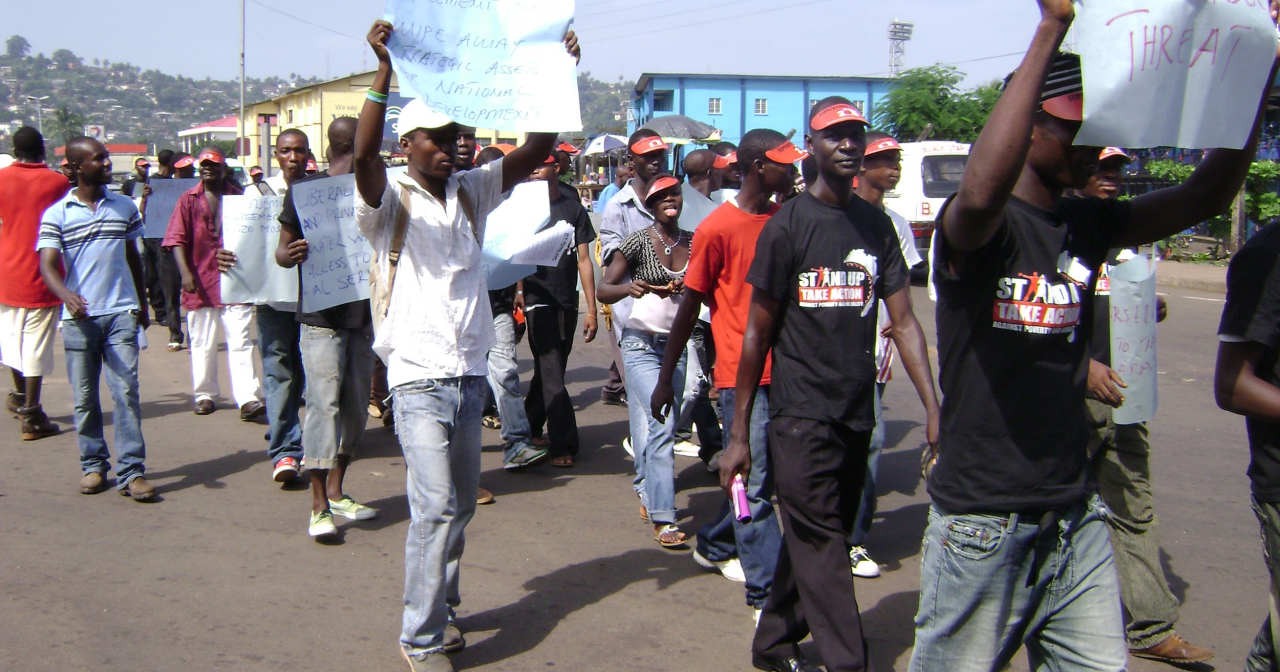 GCAP Sierra Leone was officially launched in March 2005, to provide the platform for civil society to effectively engage the discourse on poverty and other economic and social justice issues at the national level. Its membership is drawn from a diversity of national and international CSOs and NGOs including faith-based, youth and women’s groups, media, academia, labour unions, farmers and traders associations, students’ union bodies and the private sector. The geographical scope of GCAP-SL is national, as its members are based all over the country.

Since its formation, it has been working with other like-minded organizations in and outside the country to promote public debates and discussions on economic and social justices issues among others. These debates were carried out in order to raise awareness and to generate information about the fundamental causes of poverty. Among other engagements, GCAP-SL has raised awareness and generated nationwide debates and campaigns against pro-poor national policies that militate against accelerated broad-based economic growth, poverty reduction, effective and efficient public service delivery, debt reduction, fair trade and public accountability. These do not only make up the core of GCAP-SL’s priority areas of engagements, but are also at the centre of the struggle for better living standards of majority of the citizens.

GCAP-SL works towards the achievement of the aims and objectives of GCAP in Sierra Leone, which is to engage governments and other appropriate institutions/organizations for the elimination of poverty and achievement of the Sustainable Development Goals (SDGs).