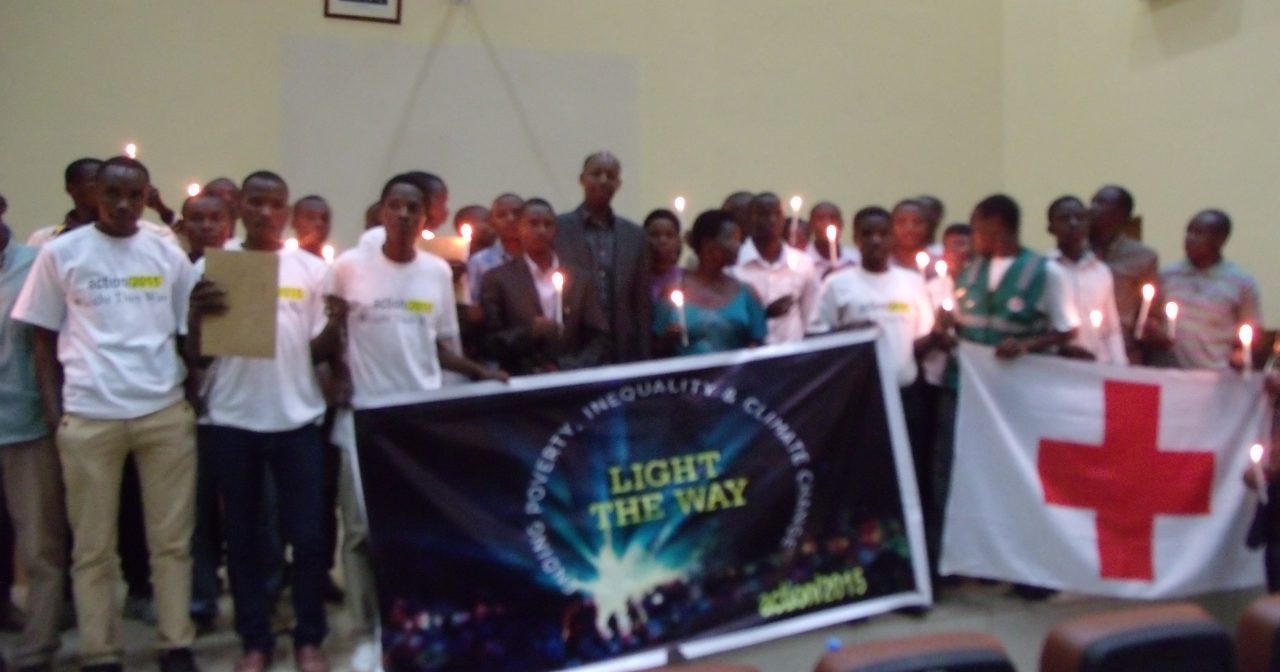 The coalition works to create and maintain a process for presentation of thematic/case studies regarding inequalities in the country with other organizations, social leaders, private sectors, professionals, youth organizations, the academic institutions, Women organizations, people with disabilities and policy institutions.

In the 1980s Rwanda was considered an agrarian country because the arable land was fairly distributed among Rwandans leading to a considerable equal distribution of income, which helped achieve economic growth in the country.Today, the average arable land available per household has reduced due to the significant population growth since the 1980. Nonetheless, land remains fundamental for income generation because a large number of people still depend on agriculture particularly the majority that still live in the rural areas.
They earn their income by either selling the harvest from their cultivated land or by working as labours in the farms. Thus, if the land is not fairly distributed, inequality in income will rise in the country with potentially adverse impacts to the economic progress, human development and the social cohesion in Rwanda.

Not only unequal land distribution causes inequality in income far as Rwanda is concerned. In fact, it also comes from other sources. For instance, It is worth asking ourselves whether or not the mechanisms put in place in Rwanda to market the agricultural production allow landowners in Rwanda to earn enough revenue to cover their overheads, meet their basic daily living requirements and increase their purchasing power. Inequality in Rwanda could also increase at a fast pace considering that the country is undergoing major economic transformation, moving its economy from being an agrarian one to a knowledge-based economy.

Those without education to seek employment or without the capital to start up a service based enterprises that require intellectual knowledge to some extent may be left behind and they are the majority of the population of Rwanda. However, the policy makers in Rwanda anticipated the social inequality that may rise as Rwanda is pursuing its vision to transform its economy from an agrarian economy to a knowledge-based economy.

What Rwanda ought to do is to ensure that inequality is gradually tackled throughout the process of transforming its agrarian economy to a knowledge-based economy with a particular attention given to its inhabitants that live in the rural areas since they constitute the largest proportion of the population.
This can be achieved for example by Rwanda learning from the Nordic and Baltic countries the principles of wealth redistribution and initiate policies that redistribute equally not necessarily income but primarily the opportunities arising from the economic transformation that Rwanda has decided to pursue.

This implies that Rwanda has to ensure that those living in the rural areas are both formally and informally educated and equipped with practical skills that would enable them to take advantage of the opportunities brought by the economic transformation their country is going through.

Promoting innovation and investing in people’s talent should also be given consideration. This should be combined with the government of Rwanda continuously ensuring that land is fairly distributed among those living in the rural areas, particularly the most vulnerable ones.
This is to ensure that they are aware of their economic rights and protected against actors with more resources that could exploit their economic weakness. Also that the revenue generated from agricultural products can allow landowners to cover their production overheads and daily living requirements and increase their purchasing power.

Tax Justice:
Rwanda has in place a complex system of tax incentives and exemptions and there is evidence of a significant increase in private sector investment following the introduction of the revised tax code in 2005. This has resulted in the creation of new jobs. Exports have increased and there is some evidence of a beginning of export diversification into areas prioritized by the government as well as an increase in revenues from tourism. However, the government remains dependent on ODA for about half its budget. It is difficult to evaluate the effectiveness of tax incentives and exemptions, especially those aimed at attracting investment, because of a number of confounding factors making it difficult to do a cost benefit analysis.

Exempting a range of essential goods and services from VAT (a regressive tax) benefits everyone and especially the poor. The exemption of agricultural inputs from VAT is also of benefit to a large percentage of the Rwandan population, and by keeping prices lower than they would otherwise be, supports the government’s efforts to get farmers to use more agricultural inputs to improve production and reduce poverty. Tax exempt status for registered NGOs and religious organizations is a way for the government to support from public funds social goods that are of benefit to society generally or to specific groups. Often the services provided by these organizations would be provided by government if they were not provided by the NGOs.

Democracy:
After Tutsi genocide which between April and July 1994 claimed the lives of around 800,000 Tutsi and their perceived Hutu and Twa sympathizers. under the leadership of President Paul Kagame, has recorded enormous gains since the genocide in terms of rebuilding infrastructure, socio economic development, gender equality, accountability for genocide perpetrators, and the integration of former combatants. However, they will also find a country that faces critical decisions about appropriate forms of governance and human rights, how to provide for a rapidly growing population, and the role it should play in the volatile Great Lakes region.
The main challenges – concerning democratic space and internal party cohesion – stem from integral features of the RPF and will need to be addressed. For the moment, there are few signs of large-scale popular discontentment with the closed nature of Rwanda’s political space. However, any substantial decline in socioeconomic conditions in the countryside will challenge this. The RPF’s gamble appears to be that the population will tolerate a lack of national political contestation provided domestic stability and basic living standards are maintained.

Women’s participation:
The 2003 Rwandan constitution provides for a minimum 30 per cent quota for women in all decision-making organs, covering the bicameral Parliament, political parties, and other government bodies. 24 of 80 seats in the lower house of Parliament, the Chamber of Deputies, are reserved for women. These 24 seats are elected by a special electoral college, composed of voters from local women’s councils and district councils.
In the Rwanda there are two organs for women space like:
The National Women’s Council (NWC) is a forum for women’s participation in national development and governance. The Gender Monitoring Office (GMO) is a governmental body that monitors, advises and advocates for gender equality in all institutions in the country.

Marginalized peoples participation:
The indigenous Batwa population of Rwanda is known by various names: indigenous Rwandans, ancient hunter-gatherers, Batwa, “Potters”/ “Poitiers”, or the more pejorative “Pygmies”, because of their alleged “modest stature”. In 2007 however, the Government of Rwanda opted to “re-categorize” the Batwa as “historically marginalized peoples” or “HMP” on the supposed basis that acknowledging ethnic differences could exacerbate historical conflicts. The Batwa live throughout the country and number between 33,000 and 35,000 people out of a total population of around 11 million, i.e. 0.3% of the population, according to the latest available data from 1993.
They have a distinct culture, often associated with their folkloric and traditional dance and the intonation of their specific language, Kinyarwanda.No official Recognition of the Indigenous People. Their complete lack of representation in governance structures has been a great problem for the Batwa. However, Article 82, para. 2 of the Rwandan Constitution, amended by revision no. 2 of 8 December 2005, stipulates that eight members of the Senate must be appointed by the President of the Republic, who shall also ensure representation of historically marginalized communities. At the moment the Batwa have only one representative in the Senate. The Rwandese government still does not recognize the indigenous or minority identity of the Batwa. All ethnic identification has been banned since the 1994 war and genocide.