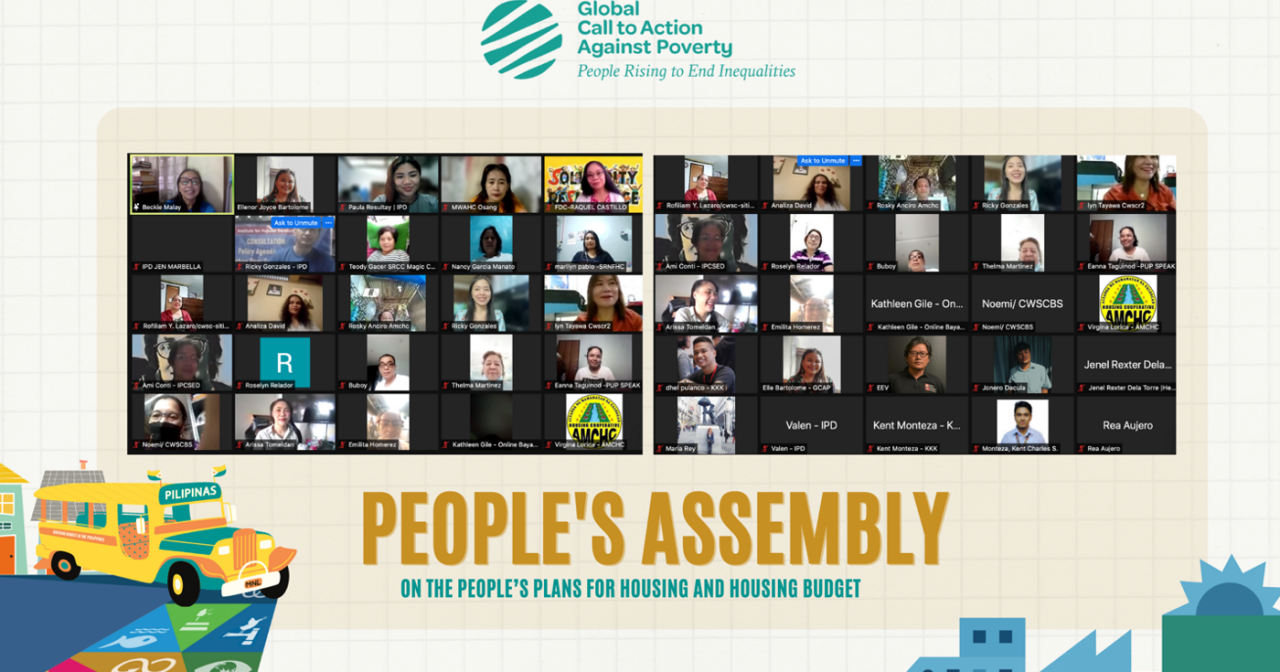 The Philippine Rural Reconstruction Movement (PRRM) convenes GCAP Philippines. PRRM is a non-government organisation that implements a Sustainable Development and Democratisation Programme that integrates community-based health, education, sustainable agriculture, coastal resource management, and renewable energy initiatives in over 20 provinces and cities in the Philippines. Founded in 1952, it has combined field operations and advocacy at the local, national, and international levels to enhance the capacity of the poor and marginalised sectors to achieve equity and sustainability.

GCAP Philippines is a coalition of 19 national coalitions and organisations, which has been working on MDGs and SDGs since 2006. It participated in developing the the country’s Post 2015 Development Agenda and was part of the global action/2015 campaign, mobilising various sectors in raising awareness on the SDGs. It held various fora, mass mobilisations, and concerts highlighting the SDGs and human rights.

In 2016, when the Philippine government did its first Voluntary National Report, Social Watch Philippines, a GCAP member, came out with a parallel Spotlight Report on the SDGs, pointing out the need to focus on Inequality and Justice issues – whether social, environmental, economic and climate justice. The report brought attention to important policy actions that the government needs to formulate and implement to achieve the SDGs.

As part of GCAP’s global campaign on Inequality, GCAP Philippines implemented a project with CIVICUS to Leave No One Behind, a series of discussions and consultations on Poverty and Inequality in three main Philippine islands – Luzon, Visayas, and Mindanao. To help the public understand the issue, it produced three videos showing the Faces of Inequality – women at the margins – an elderly indigenous woman, a fisher woman with disability who experienced total devastation of her home and livelihoods during Typhoon Haiyan, and an urban poor woman who has negotiated urban housing with government.

The strength of GCAP Philippines lies in the work of its members that contribute voluntarily in understanding, analysing, and initiating actions among its own constituencies on the issues of equity and sustainability. For example, its youth members have been very active in mobilising community and school-based youth to pursue education reforms, while the urban poor groups have focused on asserting and realising their housing rights.

Most organisations have programs and projects on localising the SDGs. GCAP serves as a platform where these experiences and learnings are shared. It continuously engages the government by holding dialogues and fora on poverty indicators, data and measures, and other relevant policies on Agenda 2030. On the anniversary of the SDGs on September 25, 2017, GCAP held a youth assembly at the Polytechnic University of the Philippines. In 2018, it participated in the nationwide coastal clean-up to make sure that people are made aware of the threats of pollution in fishing grounds and its importance in ensuring food security and environmental sustainability.

In preparation for the second VNR of the Philippines, GCAP is convening its members and the broader civil society to formulate a CSO report. It continues to engage the Philippine government in the processes of drafting its official report, whilst working together with other CSOs to formulate a shadow report that will emphasise the need to make the government accountable as duty-bearer of the peoples’ right to development.