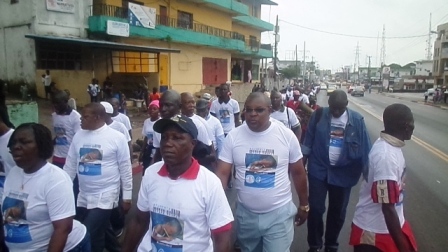 GCAP Liberia as a national coalition works with crosscutting national institutions including women’s groups, groups for the physically challenged as well as for other marginalized groups such as victims of diseases such as Ebola.

The coalition works with these people in implementing various campaign activities so as to enable them make their voices heard in public spaces, as well as engage with relevant authorities and national policy makers. Workshops on poverty alleviation and inequality at selected institutions are also conducted.

Activities on Inequalities
Hosting of policy meetings with the national civil society council of Liberia, ECOWAS and other regional groupings and community based organizations – February to June, 2018.

Organization of mobilization workshops, trainings and seminars with marginalized groups and communities – June to September, 2018. Awareness-raising on poverty alleviation and inequality by engaging the media and relevant institutions and stakeholders – September 2018 to February 2019.

Mr. Mannis H. Barclay
We use cookies! By using this website without changing your settings, you consent to our use of cookies. Choose your preference or click “more” to personalise your settings.
ACCEPTREJECTMore ...
Manage consent