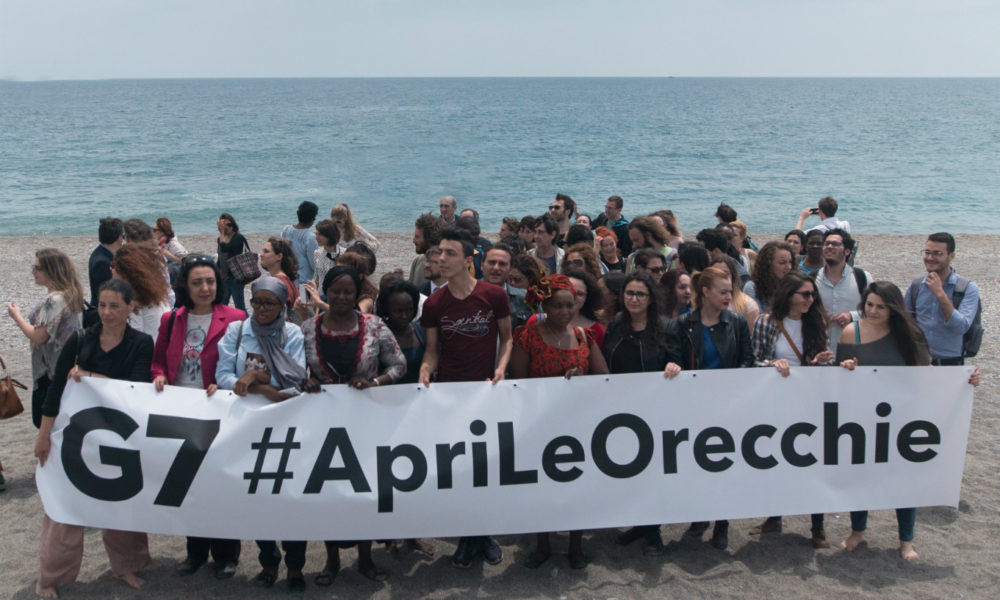 GCAP Italy, supported by many Italian citizens and towns and by dozens of organisations, associations, trade unions and movements of civil society, is the Italian expression of a broader global movement that has the objective of countering the mechanisms that generate poverty and inequality in the world, promoting the adoption of sustainable development policies respecting human rights, the dignity of every person, gender equality, social justice and the environment. Since its inception in 2005, on the eve of the Gleneagles G8 Summit, the Coalition has organised several mobilisation activities and international campaigns to push political leaders to keep their commitments and eradicate poverty, respect international conventions, the environment and human rights. Since then GCAP Italy has gradually acted as key interlocutor of Italian civil society for Italian institutions , in the context of international G7 and G20 processes and in the national debate on the definition of the new Sustainable Development Agenda which gave rise to the Sustainable Development Goals (Sustainable Development Goals - SDGs). The experience of the Coalition has shown that working together allows all civil society to strengthen its institutional dialogue, but also to make and promote culture in a political and social context that at all levels (national, European and international) is in full transformation and, in some respects, alarming. The members of the Coalition firmly believe that in the future - also because of the growing competition for scarce resources - we will have to continue to join forces to influence policies that can not adequately respond to the profound and structural social problems of today's society. Our vision A model of development based on the paradigms of respect for the dignity of the person, equity and sustainability. We want a world in which the economic system creates wealth for everyone and not just for the few; a world where governments, people and the private sector respect and take care of the planet so that it is habitable for us and for future generations. Our mission As a member of the international GCAP network, the GCAP Italy is part of the largest civil society movement in the world. Together with the other national coalitions, GCAP Italy supports all women and men in their battles to achieve greater justice and dignity; brings together the organisations of Italian Civil Society to dialogue with the institutions and intervene in those processes that perpetuate poverty and social and economic uncertainty; defends and promotes fundamental human rights, gender equity, social justice and security necessary to guarantee universal dignity and peace. Thematic focus