Wada Na Todo Abhiyan (WNTA) is a national campaign to hold the government accountable for its promise to end poverty, social exclusion & discrimination. Wada Na Todo Abhiyan emerged from the consensus among human rights activists and social action groups who were part of the World Social Forum 2004 (Mumbai), aimed to create an environment through forceful, focused and concerted effort and try to make a difference in India where one-fourth of the world’s poor exist and they continuously experience intense deprivation from opportunities to learn, live and work in dignity. We aim to do this by monitoring the promises made by the government to meet the objectives set in the UN Millennium Declaration (2000), the National Development Goals and the National Common Minimum Program (2004-09) with a special focus on the right to livelihood, health & education. We work to ensure that the concerns and aspirations of Dalits (the social group discriminated on basis of work and descent), indigenous communities (Adivasis), nomadic tribes, women, children, youth and the differently-abled are mainstreamed across programs, policies and development goals of the central and state governments.

The coalition has undertaken a “Micro study on hunger and poverty among marginalized groups in India” focusing on marginalised people such as Muslim communities, women from urban slums, Musahars (Mahadalits in Bihar), sex-workers, migrants, and members of tribes. On a regular basis, WNTA performs a review of the government, taking a view from the most marginalised, highlighting the inequalities the different groups face. Reports of those findings are published regularly in the media and distributed widely. The most recent campaign is titled “100 days against discrimination” which ran from August 15 to November 26, 2018. The campaign aims to bring attention and visualize how non-discrimination is a fundamental principle and premise of independent India and urge all people in India to think of practical ideas to change this state of discrimination.

WNTA started to monitor the implementation of MDGs. Eventually it was engaged in influencing the process of making of Agenda 2030. It led the Action/2015 campaign in India. As part of the civil society engagement in the Voluntary National Review process, it did a civil society comprehensive report on Sustainable Development Goals and did side event in the HLPF. It was engaged in the advocacy with the NITI Aayog, the premier think-tank in India to monitor the implementation of Agenda 2030 in finalising the indicators. It is engaged in building awareness and steering discussions on SDGs through its partners across the country. It is also engaged in influencing policies towards SDGs in the national and sub-national levels. Videos:

The video below from March 2021: Voices of women from All India Dalit Mahila Adhikar Manch speaking on violence against the Dalit women in India. 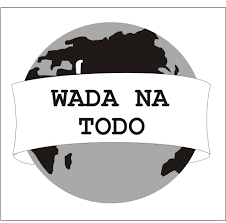