Global Call to Action Against Poverty (GCAP) supports people in their struggles for justice and brings individuals and organisations together to challenge the institutions and processes that perpetuate poverty and inequalities. Together, we defend and promote human rights, gender justice, social justice, climate justice and the security needed for the dignity and peace of all.

GCAP is a network of over 11,000 civil society organisations (CSOs) organized in 58 National Coalitions and in constituency groups of women, youth and socially-excluded people, among others.

Read more about our work around Agenda 2030 for Sustainable Development, our current campaign Faces of Inequality and the People’s Assembly .

A Decade of Campaign Experience

In September 2003, prominent activist on women and children’s issues, Graça Machel, hosted a group of southern civil society activists in Maputo, Mozambique. It was here, that the idea of a Global Call to Action against Poverty (GCAP) was first aired.

Launched in 2005 at the World Social Forum in Porto Allegre with the symbol of the whiteband, GCAP has mobilized hundreds of millions of people and co-organised the world’s largest single issues-based campaign to ‘Stand UP’ Against Poverty – certified by the Guinness World Records with 173 million people in 2009.

GCAP played a key role the creation of Agenda 2030 and the Sustainable Development Goals (SDGs). We have organized community and national consultations in 39 countries since 2013. In 2015, we mobilized 32 million people to act against Poverty, Inequality and Climate Change.

GCAP has successfully insisted on the centrality of addressing inequalities and guaranteeing the active participation of people in the Agenda 2030. The standalone goal on inequalities, SDG 10, is one result.

On 25 September 2017, GCAP initiated in cooperation with the UN SDG Action Campaign the Global Day of Action – Act4SDGs to mark the anniversary of the SDGs. In 2018 a million people took part in 1662 actions in 143 countries.

Mission To build a strong and progressive global action against poverty and inequalities with a Southern leadership to ensure that nobody is left behind. 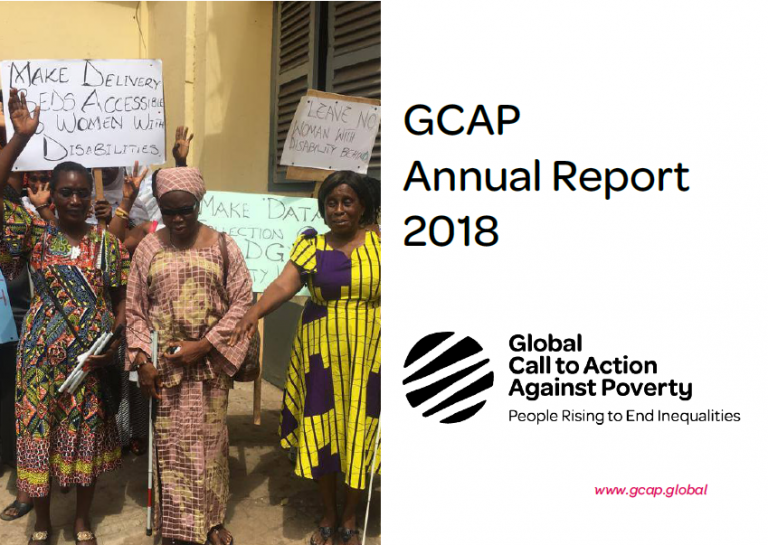 GCAP is made up of over 11,000 CSOs, organised in 58 National Coalitions. Each works with grassroots organizations and at national level throughout the year, on the most relevant issues in their own country.

Constituency groups organize and represent groups in society who are most vulnerable, neglected and left behind and face discrimination and inequalities. 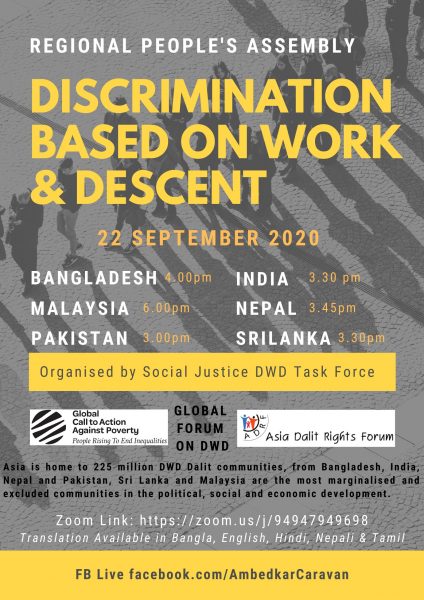 GCAP’s General Assembly is the global decision making body, which includes all national coalitions and constituency groups and meets every three years. The GCAP General Assembly elects the Global Council. 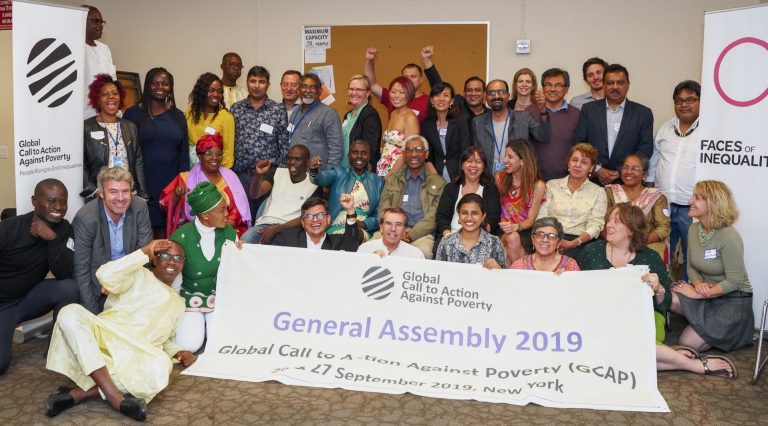 The Global Council provides strategic direction and implementation for GCAP, as mandated by the General Assembly and its Declarations, and is headed by three Global Council Co-Chairs. The present GCAP Global Council was elected in October 2020 after an inclusive election process and many candidates in each region. The Global Council serves a term of 3 years as defined by the governance document of GCAP. Paul Divaka, Georgina Muñoz and Oumar Sow are the current elected Co-Chairs of GCAP, Constantinos Machairas is the treasurer. 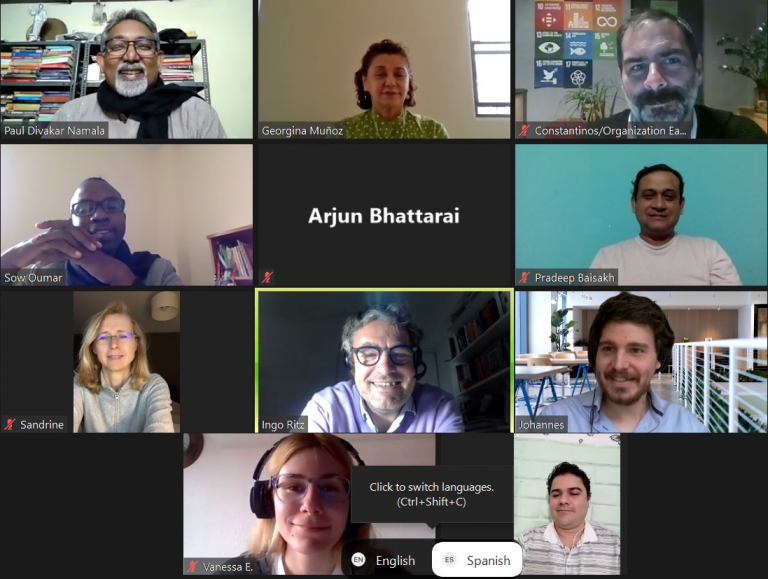 The Global Secretariat is decentralised and implements GCAP’s daily operations based on the strategy and the decisions of the Global Council.

The GCAP Global Foundation is an independent legal not-for-profit organization registered in the Netherlands that takes care of the administrative and financial aspects of running GCAP at the global level, including hiring staff and finance.


GCAP and partners jointly built these global and regional platforms and continues to play a key role in their coordination.

GCAP is also a member of the following UN Major Groups


GCAP cooperates politically with and receives financial support from the following organizations: