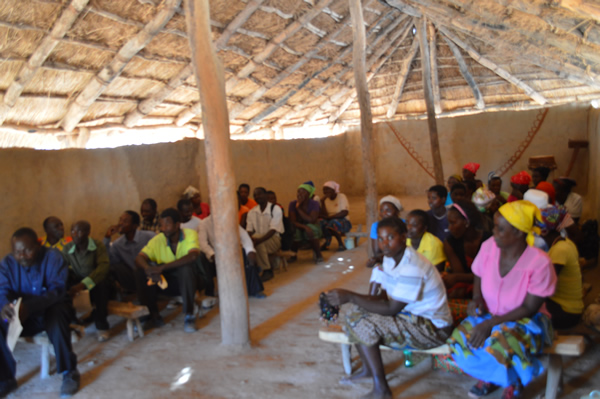 As an umbrella body of NGOs operating in Zimbabwe, NANGO mainly focuses on Civil Society Coordination and Alliance Building, advocacy and monitoring, awareness raising and mobilizing voices of the vulnerable to campaign for national and local government processes that address inequalities. Thus the association coordinates and nurtures the community based organisations operating at local government level so that they can be able to advocate for their rights and demand accountability from the duty bearers. Through this, sensitization and awareness raising on the key aspects of SDGs as they relate to inequality. Community based lobby groups are nurtured to provide a platform that will allow communities to get a better understanding of the development processes and how they get involved in developing solutions, which can address their poverty challenges.
The process involves policy institutions and researchers to develop effective tools, which can be used and replicated elsewhere to address inequalities. Thus academic input is vital when developing evidence based policy proposals and gathering of the baseline, which can be used to improve policy development government and advocacy initiative by communities.

Social Protection:
Social protection sector is experiencing many challenges and constraints mainly due to funding constraints as a result of poor economic performance resulting in retrenchments; and majority of population living in poverty. The occurrence of recurrent droughts as well has contributed to the social protection burden. There are challenges of weak institutional arrangements and co-ordination of social protection programmes, resulting in fragmentation of responsibilities and duplication of efforts among government ministries and other agencies, remain. This renders such programmes costly and minimises impact on the intended beneficiaries. Social Protection programmes and projects in Zimbabwe include but are not limited to the following, Harmonised Social Cash Transfer; Public Works Programme; Basic Education Assistance Module (BEAM); Food Mitigation; Health Assistance; Maintenance of Disabled Persons; and Care for Elderly. The social protection budget remains way below the social protection requirements. High budget turnouts against severely reduced budgets are not beneficial to social protection.

Tax justice:
Zimbabwe’s taxation system has failed to bring about the expected positive impact on social and economic lives of the tax payers. Lack of social and economic development has impacted negatively on the majority of tax payers who are the poor and vulnerable living in rural areas. The taxation system is unfair as it fuels the poverty cycle by taking more from those who have little and taking less from those who have more. These problems are caused by weak legal and institutional frameworks governing taxation and lack of requisite knowledge on the part of tax payers themselves. The other problem at hand is the failure to deal with perennial budget deficits. Zimbabwe recorded a Government Budget deficit equal to 1.9% of the country’s gross domestic product (GDP) in 2013 and 1.3% in the previous year. A closer analysis of the Zimbabwean taxation system shows that the burden of taxation is not shared fairly. The system is not equitable as the individuals are contributing more than companies. Tax leakages from the official economy occur through a variety of channels in Zimbabwe and the world over which include servicing of illegitimate and odious debt, corruption, illicit outflows, tax incentives and informal economies.

Democracy and Participation:
There is generally limited participation in local and national democracy by general citizenry. Zimbabwe has not yet fully created capable institutions that ensure participatory democracy, good governance and respect of human rights. Currently civil society, the media, workers and employers, youth and women’s groups have not yet found inclusive space to fully engage with the Government in resolving the country’s challenges.

NANGO carries under its wings an amalgam of various issues constituencies and representative groups all with the singular focus of meeting the development needs of men, women and children in Zimbabwe. Its membership is segmented into 10 different thematic sectors. These are children, youth, women, people with disabilities, human rights, humanitarian, land and environment, media, arts and culture, health, HIV and AIDS and economics.

More than 1000 NGOs make up the membership of NANGO
We use cookies! By using this website without changing your settings, you consent to our use of cookies. Choose your preference or click “more” to personalise your settings.
ACCEPTREJECTMore ...
Manage consent